something that covers or conceals

especially : an overspreading element that produces an effect of gloom

Some mornings, before the last dream fades away, the world – my world – feels ‘normal.’

As I open my eyes…the feeling dissipates…and reality falls over me – clothing me in a kind of grief – a pervasive sense of gloom.

My ‘normal’ return to Peaks Island would be to clamber to the top deck of the Casco Bay ferry, stand next to the railing and become hypnotized by the waves. (VIDEO)

Mid-way across the bay, I would turn my back to the mainland and take in the view of the islands.

In years past, as we approached the dock, there would be a line of islanders waiting to board. They were headed to work or school on the mainland. Some may have nodded a greeting as they sipped their coffee. I once was welcomed by a serenading accordion player.

In May, there was no one waiting to greet arrivals. No one heading to work. Instead as the gangplank was lowered, a stenciled number 9 appeared on the road. 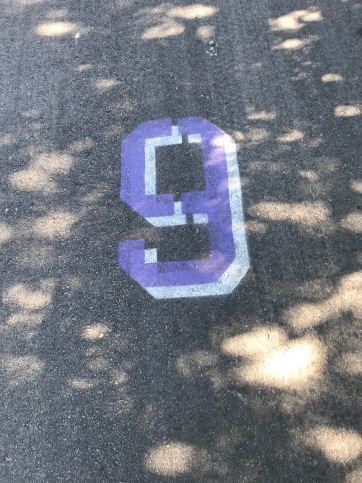 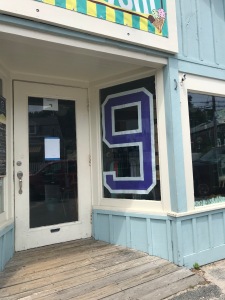 As I turned the corner, the number 9 appeared in store windows and on sidewalks. On telephone poles and car doors.

I later learned of the accidental death of a teenager from a longtime island family. His football jersey number was #9.  Islanders conveyed their compassion by adorning their doors and house windows with the number 9.

Eyes that do not cry, do not see – Swedish proverb

In his article titled ‘Spare a Moment of Sorrow,’ John Dickerson of 60 Minutes wrote:

… in this period, we should spare a moment for sorrow and grief. This is the human thing to do; it is what following through on the pledge to be in this together actually means. 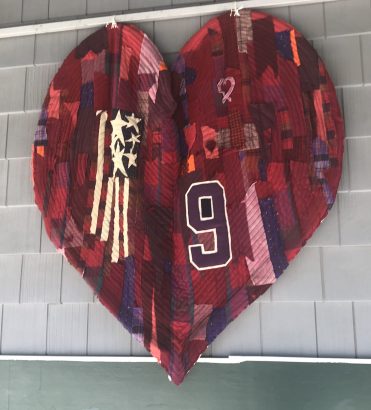 I find myself tearing up at the most inopportune  moments – in the grocery store, the middle of conversations, or after a small act of kindness.  Events and scenes that in the past would not engender tears are now inextricably paired with spontaneous sorrow.

I can’t help but feel this grief is not just personal but a reflection of our collective losses as we learn to live within the “new normal.”

Melancholia was described as a distinct disease with particular mental and physical symptoms in the 5th and 4th centuries BC. Hippocrates, in his Aphorisms, characterized all “fears and despondencies, if they last a long time,” as being symptomatic of melancholia. Other symptoms mentioned by Hippocrates include: poor appetite, abulia, sleeplessness, irritability, agitation.

“Why is it that all those who have become eminent in philosophy or politics or poetry or the arts are clearly melancholics?

Works of art depicting those inflicted with what is now classified ‘melancholic depression’ by the Diagnostic and Statistical Manual of Mental Disorders – V appear throughout history. 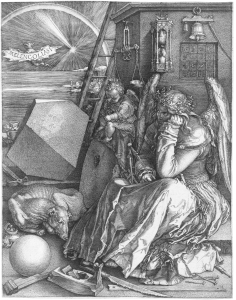 “Dürer may have associated melancholia with creative activity; the woman may be a representation of a Muse awaiting inspiration but fearful that it will not return.”

In 1621 Robert Burton in his book An Anatomy of Melancholy described melancholy as the ‘character of mortality.’ Somewhat facetiously he wrote: “I write of melancholy by being busy to avoid melancholy.” 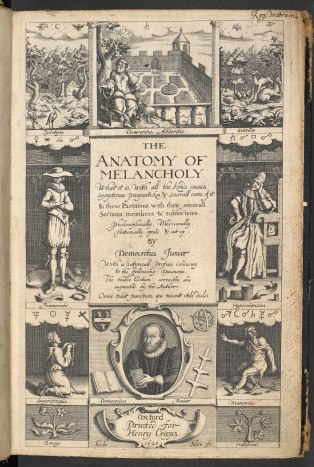 Imagery later evolved from depictions of the angst of others to self-portraits reflecting personal ‘melancholia.’

In her article: “How Artists Took Selfies 400 Years Ago,” Tanya Mohn wrote:

“The differences between then and now are significant. But one thing remained unchanged: the fact that the creators of a self-portrait must choose how they want to present themselves.

Seventeenth century Rembrandt (1606-1669) produced more self-portraits than any other artist of his time.

Early images of himself as a young man reveal a secure, yet introspective, demeanor. At 53, following the death of his wife and bankrupt as well, Rembrandt’s self-portrait depicts none of the self-assuredness of his younger self. Instead, his image reveals the changes that he has endured. 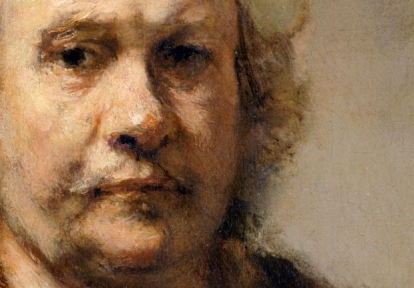 The PBS American Portrait series, In This Together, features first person accounts of how the coronavirus pandemic has impacted their lives. They are a kind of video selfie – shot and edited by the ‘citizen producer.’  Through personal stories, photographs and videos, people share their firsthand stories.  They are provided an opening phrase (…I never expected…) and closing phrase ..(…when this is over…) around which to create the work .

… that a pandemic would create a journey from normal to the ‘new normal.’

… that I would mourn the death of live performance.

… that I would question the role of art in my life.

… that I would lose heart.

In her article, Breaking Open in the Bardo, Buddhist Pema Khandro Rinpoche explains four essential points for understanding what it means to let go, and what is born when we do.

It’s when we lose the illusion of control—when we’re most vulnerable and exposed—that we can discover the creative potential of our lives.

Mainers, especially islanders, are known for their creativity and problem-solving skills.

Place no longer wanted or needed items at the side of the road. Attach sign – ‘Help yourself – but leave the table.”

No PPE for essential workers:

Re-tool your company and produce face shields for the State of Maine.

Charley Friedman grew up on Peaks Island. As a teenager, he learned to use an industrial sewing machine to make and repair boat sails. And as the story goes….

One day, his grandfather’s hand-me-down leather wallet finally fell apart, so Charley crafted himself a new one out of scraps of racing sailcloth from the factory trash. The wallet was super thin, lightweight, and tough as nails. And just like that, trash turned to treasure, and Flowfold was born. https://www.flowfold.com/ The product line includes wallets, backpacks, totes, bags and now faceshields.

To respond to the overwhelming need for PPEs, masks, and face shields for Maine’s hospital personnel, in eight days – yes, 8 – Charlie retooled his machinery, trained employees and became the producer of face shields for the State of Maine. 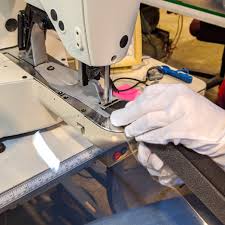 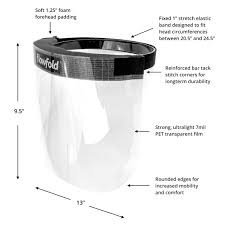 Making the decision to return to Maine was influenced by my commitment to produce a play to commemorate the Maine Bicentennial. In 2007, while sculpting a memorial bench to my Dad, I cleaned the 5th Maine Museum in the evenings. www.FifthMaineMuseum.org 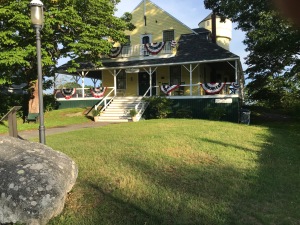 I became curious about a framed handkerchief embroidered with names. 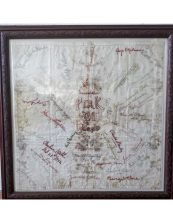 Every time I dusted it, I copied another name to research.

Solving this ‘mystery’ was the inspiration for the creation of the play: Trunk Show.

Trunk Show highlights the origin of summer stock theatre in Maine and was intended to provide an immersive theatre experience. Attendees would attend a 1920’s style summer stock theatre production including opening acts, a short play and closing musical event. Proceeds from the sale of popcorn and root beer would go to the Lion’s Club scholarship fund.

After a winter of writing and revising the Trunk Show script with my co-author, forming the Ad Hoc Theatre Company, casting the show with both year -round and summer residents, finding a director, finalizing dates with the venue, and applying for a grant, we scheduled the first reading of the play for Memorial weekend.

As the pandemic spread, more and more arts and community related events were first postponed and then cancelled. In response to Covid-19, it appeared that all performance venues on the island would be dark for the season.

The Trunk Show would not be performed live on stage.

Radio was the first broadcast medium, and people regularly tuned-in to their favorite radio programs, and families gathered to listen to the home radio in the evening. A variety of new entertainment formats and genres were created for the new medium…By the late 1920s,… sponsored musical features soon became the most popular program format.

Most radio stations are corporate or group owned. PIRadio 1700 AM is the brainchild of Chris Marot and Brijit Joyce. (Brijit also has a used book shop.

Peaks Island Radio 1700AM is committed to providing high-quality, local radio to the Peaks Island community. PIR is self-supporting and very – VERY – local. Waddling ducks greet you as you approach their home. The studio is wedged into a second floor guest room.

Programs are streamed live as well as available on-line. Chris exhorts island residents to share their personal stories through PIRadio. He believes: “We could all use some neighborly contact….”

Persons of a certain age who watched Judy Garland and Mickey Rooney movies know the solution to all setbacks and challenges is to “put on a show.”  https://www.youtube.com/watch?v=SRZ5400UKSc

In July, the members of the Ad Hoc Theatre Company embellished the rallying cry:

Converting a play written for the stage to a radio program, on the face of it, should have been simple. 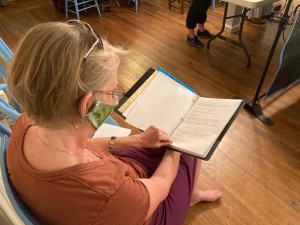 Editing would need to be completed by a production specialist with a connection to Peaks Island, a sense of humor and dogged determination. And, of course, a willingness to volunteer.

Trunk Show is the story of 1924 theatre, tourism, prohibition and politics on Peaks Island through the eyes of two sisters as they prepare for an uncertain future. It is a 2-act play with multiple scenes. There are 14 characters as well as music and sound effects.

Editing of any kind (words, video, film, music, sound effects) is a slow, tedious and always frustrating, process. It could take 10 hours of editing to produce a minute of video.

And you do this again and again…and AGAIN. Until it is ready to air.

“When this is over…”

… I will appreciate the willingness of others to accompany me along a difficult path.

… I will honor the indomitable spirit of the ‘creatives’ in my world.

… I will believe that solving problems can grow from artistic endeavors.

… I will celebrate the completion of another community-based artwork.

The live broadcast will include interviews with the playwrights and cast. To listen, go to peaksislandradio.com and click on “listen live.” Trunk Show will be archived and available to download after premiere week.

More ShowS That Did Go On …

Peaks Island in the late 19th century was famous for its summer entertainment and earned the nickname “Coney Island of Maine.” Entertainment on Peaks Island has a long history, beginning with a picnic grove that visitors accessed by rowboat during the 1850s. …later transformed… into an amusement park, known as Greenwood Garden, that featured an open-air roller rink later converted to a playhouse … http://www.portlandlandmarks.org/peaks-island-amusement-district

Despite Covid-19 and its restrictions, the burning of the island post office, reduction in boat service and fewer tourists, the arts community of Peaks Island has been able to continue its long tradition of providing quality entertainment for island residents. 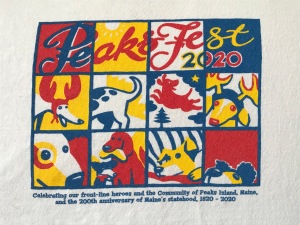 The 19th Annual PeaksFest kicked off the summer with virtual events: Scavenger Hunts, Schmoozefest, BINGO, Dock Day Expo. In lieu of the Common Hound parade, canine competitors and their owners practiced their favorite tricks and “paraded’ via Zoom.

The TEIA Players staged the play Our Place on the TEIA Docks and set up the sound system in a dinghy. https://teiaclub.org 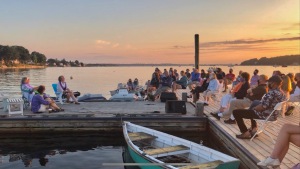 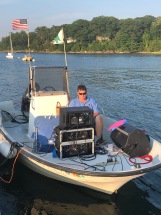 The Umbrella Cover Museum erected a ‘Pop up Pavilion.’ At the end of every tour, visitors shook mini maracas (sanitized nightly) to the beat of  “Let a Smile be Your Umbrella” played on accordion. https://www.umbrellacovermuseum.org 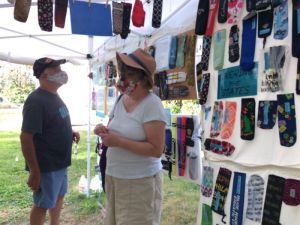 Concert performances and other musical events became Porch Concerts and a way to support island talent.

The Lion’s Club substituted burger nights and outdoor seating in lieu of lobster bakes and weddings to raise monies for scholarships. They opened their grounds to outdoor Pilates classes and jazz concerts.